This one pretty much goes without saying. This is one of the most common Toyota spin on oil filters. It fits Camrys, Hiaces, Prados, Taragos and pretty much every Toyota Grey Import that has been brought in over the last 10 years. Most of them, however, fit late model Hiluxes. The KUN26 Hilux is one of the most popular mine site vehicles in Australia.

The filter itself is as standard as spin on oil filters come – M20x1.5 thread, 40 micron absolute. Standard late model spin on in construction. Standard filter paper. Standard bypass valve. We literally sell many thousands of these in a 12 month period. In terms of available upgrades, we have some pretty amazing new combination full flow/bypass filters coming through from VIC, Japan. 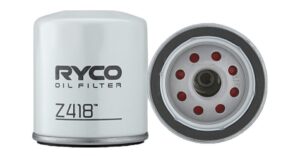 If ever there was a basic hydraulic filter, this would be it. A small hydraulic filter by most standards. Just about every mine site, factory and earthmoving contractor will have numerous pieces of equipment with this style and size of filter.

This type of element can be made with either metal or resin end caps depending on the pressure rating. The media can be plain paper, glass fibre or even mesh. Generally, it is wire reinforced, but some low-pressure applications can be had without. In terms of upgrades, this element can also be in a 3-micron absolute high collapse version which has a collapse pressure of over 3000psi. It really is incredible technology for the money they cost. 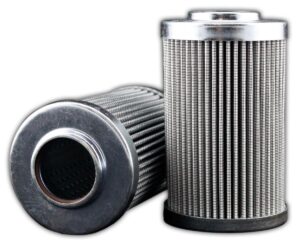 When onsite, we’re always astounded by the sheer number of lighting towers there are on a mine site. Now think about all the lighting towers used in roadworks, at sporting events, in hire fleets…you name it. The history of this element is that it was originally supplied in a Donaldson aftermarket filter housing. An old school metal housing, using tried and tested, decades old, Donaldson technology of a metal ended primary filter with fins to create a vortex to remove as much loose dust as possible. Couple this with a paper safety/secondary filter and it’s a recipe that still works as well today as it did 5 decades ago. 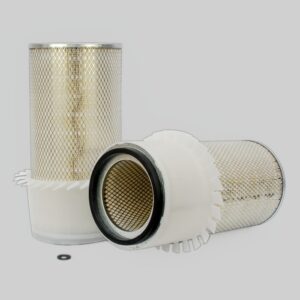 In much the same way of the spin on Hilux oil filter, this is the most common type of industrial inlet air cleaner. They are a truly disposable item. If it wasn’t for the fact that the media gets contaminated, you’d be able to recycle them in much the same way you would a cardboard box.

This particular item is a MERV 8 grade which means that it’s 75-85% percent efficient at 3 to 10 microns. It flows an outstanding amount of air for the size of the element – 2000 cfm – which is enough air for a 2000hp naturally aspirated petrol motor.

In terms of upgrades, you can go to a full galvanised frame, or even aluminium or stainless steel frame based on the application. It’s also possible to go full HEPA which means the element will remove 99.97% of airborne particles 0.3 microns in diameter. 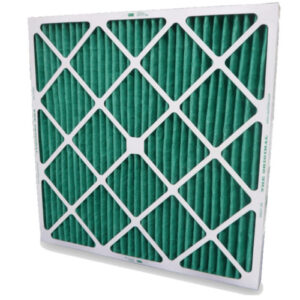 Once again, this filter fits Toyota’s suite of commercial vehicles. Everything from a Hilux to a Landcruiser to a Camry. Cabin air filters are a relatively recent addition to the filtration world. Now, having them, I wonder how we ever did without them. Again, we sell thousands of these filters in a 12 month period. This isn’t surprising when you consider how many of these vehicles are in the field. The construction of these filters is somewhat new school. No formal frame. The element is held together with resin. In terms of upgrades, there is the option of carbon impregnated media. 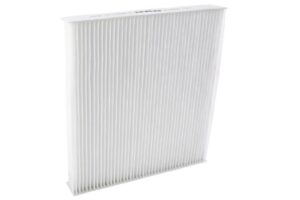